Created in October of 2013 within the time frame of 18 days. It provides around 30 minutes of gameplay.

It is set in an ancient mountain pass that goes thru the depths of High Hrothgar, where Jurgen Windcaller built a temple dedicated to Ice and Time; a two significant forces that he believes had built Skyrim.

Link to a 4:35 long preview video, made by "TVTrig", can be found here: YouTube video link

Link to a 28:36 long playthrough video, including some of the 'how & why' notes, can be found here: YouTube video link

-To make something interesting with minimal story elements and by using only beasts as player's enemies. By reading Windcaller's emblems, player can realize that he is walking thru a temple that is being long forgotten and populated by feral wolves, trolls and other Skyrim wildlife.

-To have player fight two Dragons at the same time, which is something not often seen in the original game.

-To have spiders as an optional section, so that arachnophobic people can avoid them completely.

A 'mountain pass' map in Skyrim terms means that player can approach the map from two different directions, as opposed to a standard dungeon that has a single entrance point. That presented the biggest challenge, because things like composition, lighting and encounters had to work equally well for both directions in order to provide good navigation and balanced experience.

But at the same time, to avoid things feeling generic, they had to be a bit different depending from the direction that player is approaching the dungeon giving him or his enemies a slight advantage.

This dungeon is a good example of how map evolves or 'mutates' comparing to the initial paper sketches. First idea I had was pretty simple: two entrances and an 'epic room' in the center. Once I tested it, I figured that it works well, but that it needs to be expanded for a proper dungeon experience. As a result, each section became a Cell of it's own as you can see on the final layout shots. 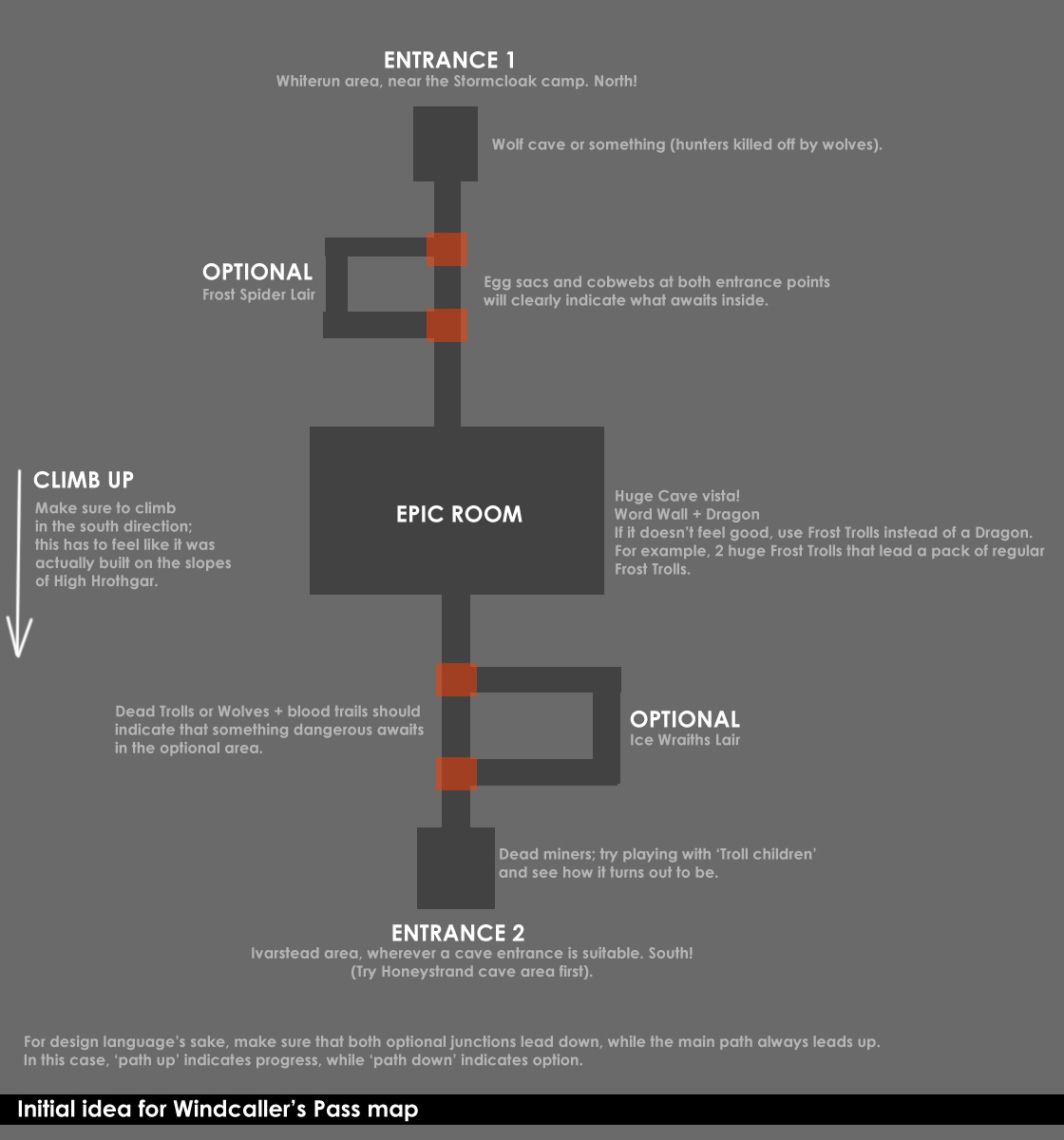 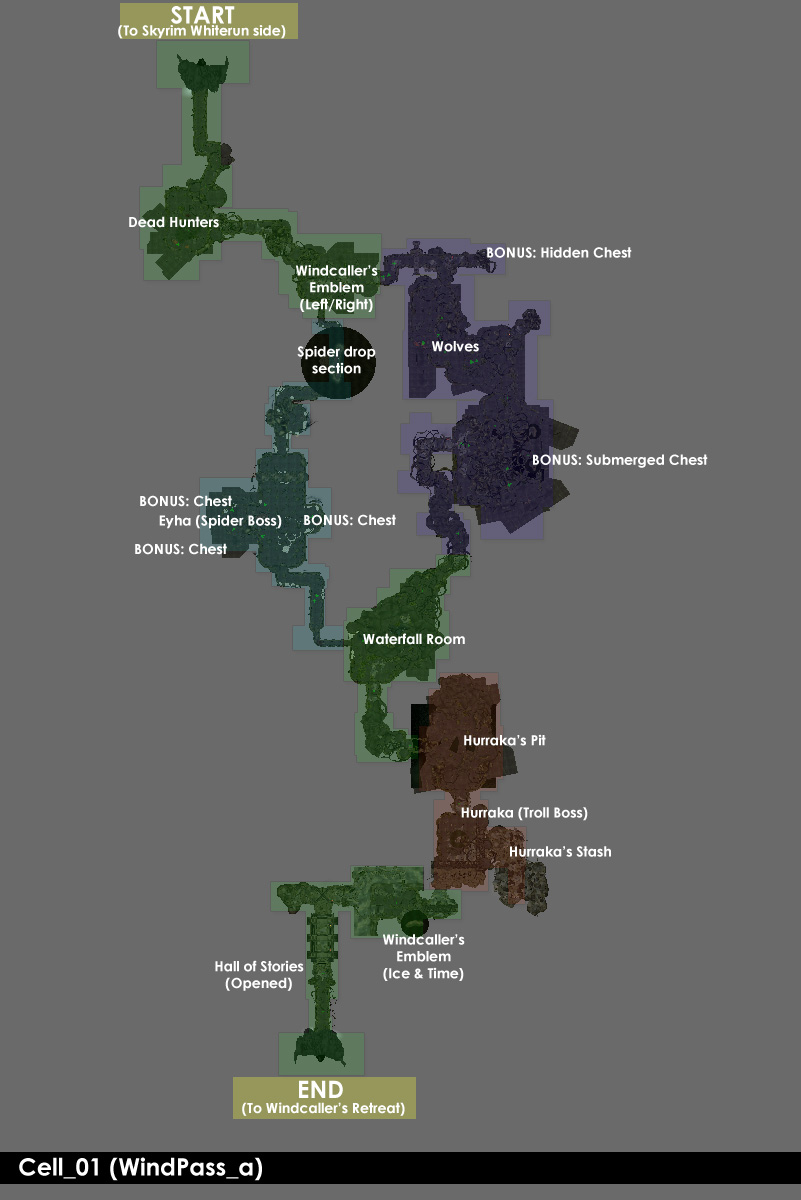 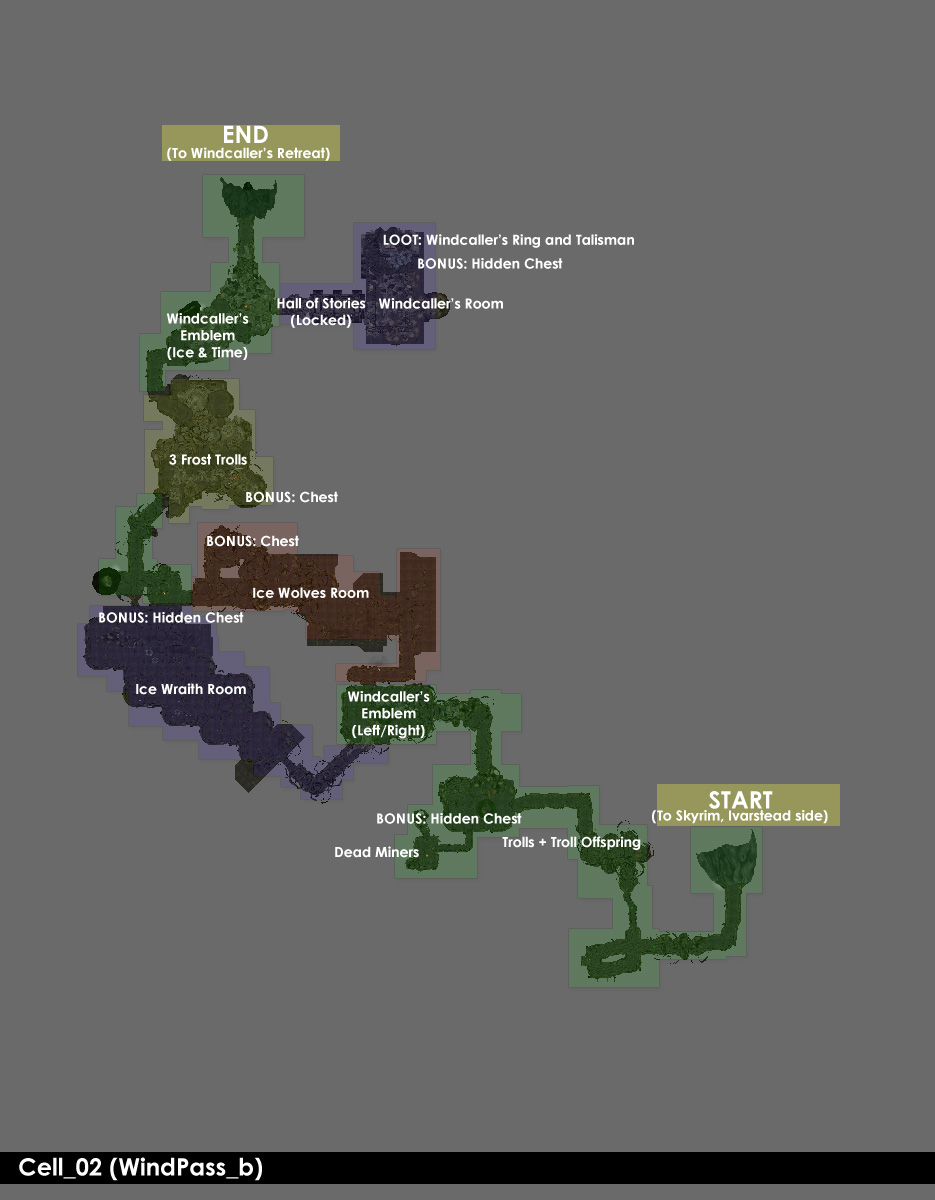 After that, it was easy. I immediately changed 'epic room' from a cave to an exterior World Space, which allowed Dragons to perform all of their actions. Here, these Dragons act as guardians, each in charge of it's own Word Wall, which ties well with the whole 'Ice and Time' theme, which are the 'Words of Power' that player can learn from the Word Walls. 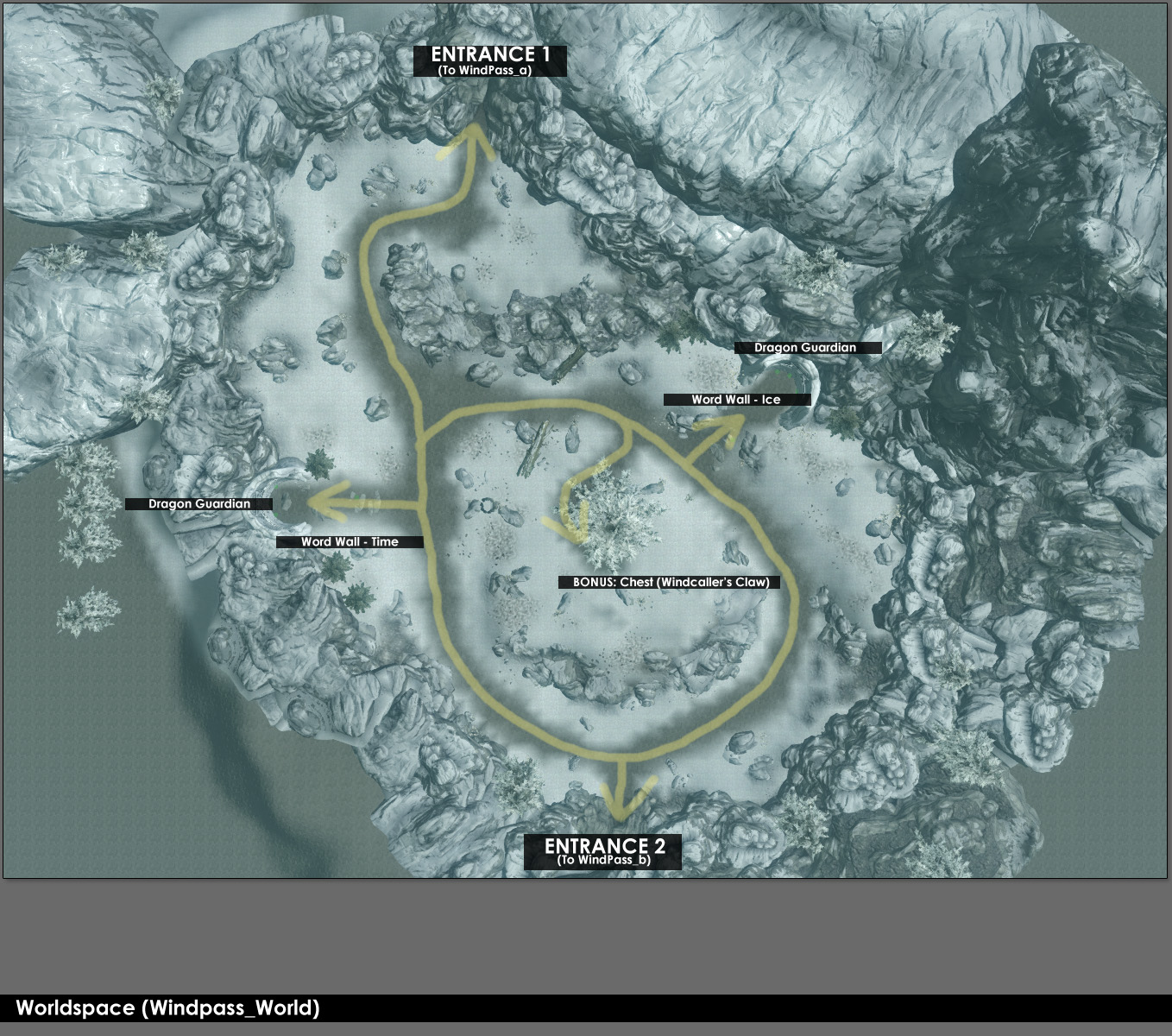 Finally, extra pieces of loot were placed in a form of a short 'bounce' design element:

-Hurraka's Key: Similar thing was done on the other end where, upon killing a huge Troll Boss (Hurraka), player gets a key to his stash that has some nice artifacts, such as Paralysis Bow.