This is a personal project of mine, done in the Unreal Engine 3 Editor that was shipped with the Gears of War game.

Created during June 2010 within the time frame of 14 days. It provides around 8 minutes of gameplay. 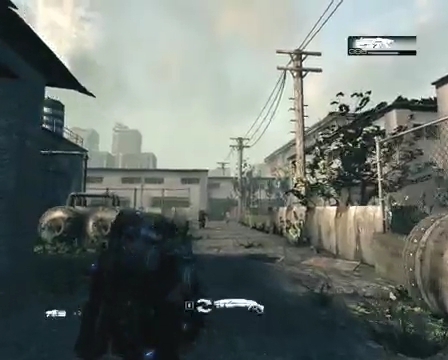 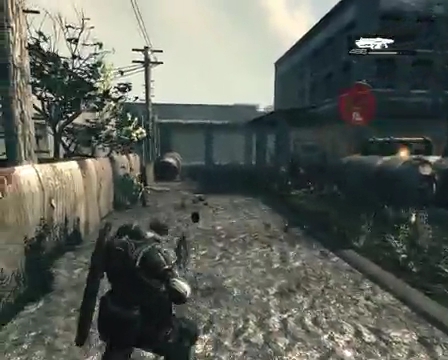 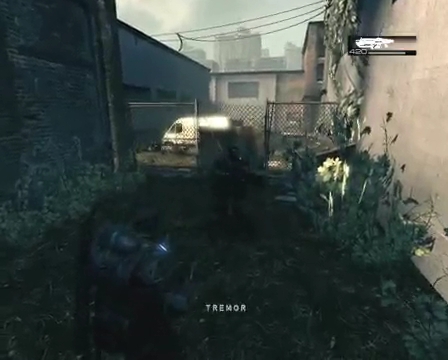 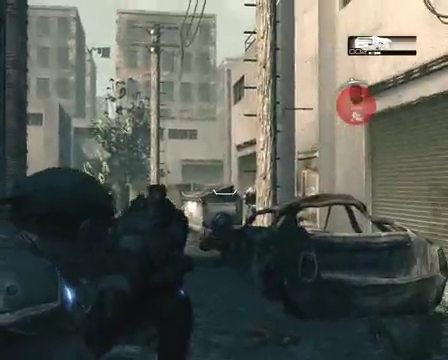 Single Player mission that happens at midday, within an abandoned industrial area. Marcus and Dom are moving toward the landing zone while experiencing a series of tremors along the way. Idea was that, by the end, they will encounter a Corpser (giant spider monster) that will emerge from the ground and destroy their evac chopper. Sadly, I never found the time to do that final part.

Link to a 8:23 long playthrough video, done by myself, can be found here: YouTube video link

The main idea for all encounters on this map was to deviate a bit from the original Gears formula by limiting flanking options by 25% to 50% and see what I can get by doing so. My goal was to see if I could force player to retreat more often, which is the concept I saw in the early Gears of War trailers, but haven't experienced that much in the original game.

On the image below, you can see the typical method that I use to plan layout and encounters. I would usually start on paper and then polish it up inside of a painting program. In case of a more complex map that would require verticality and multiple floor action I would use a 3d mockup. When I am happy with it, I will do an alpha version inside of a game engine and start playtesting. Just to note that T stands for 'trigger' and E stands for 'event'. 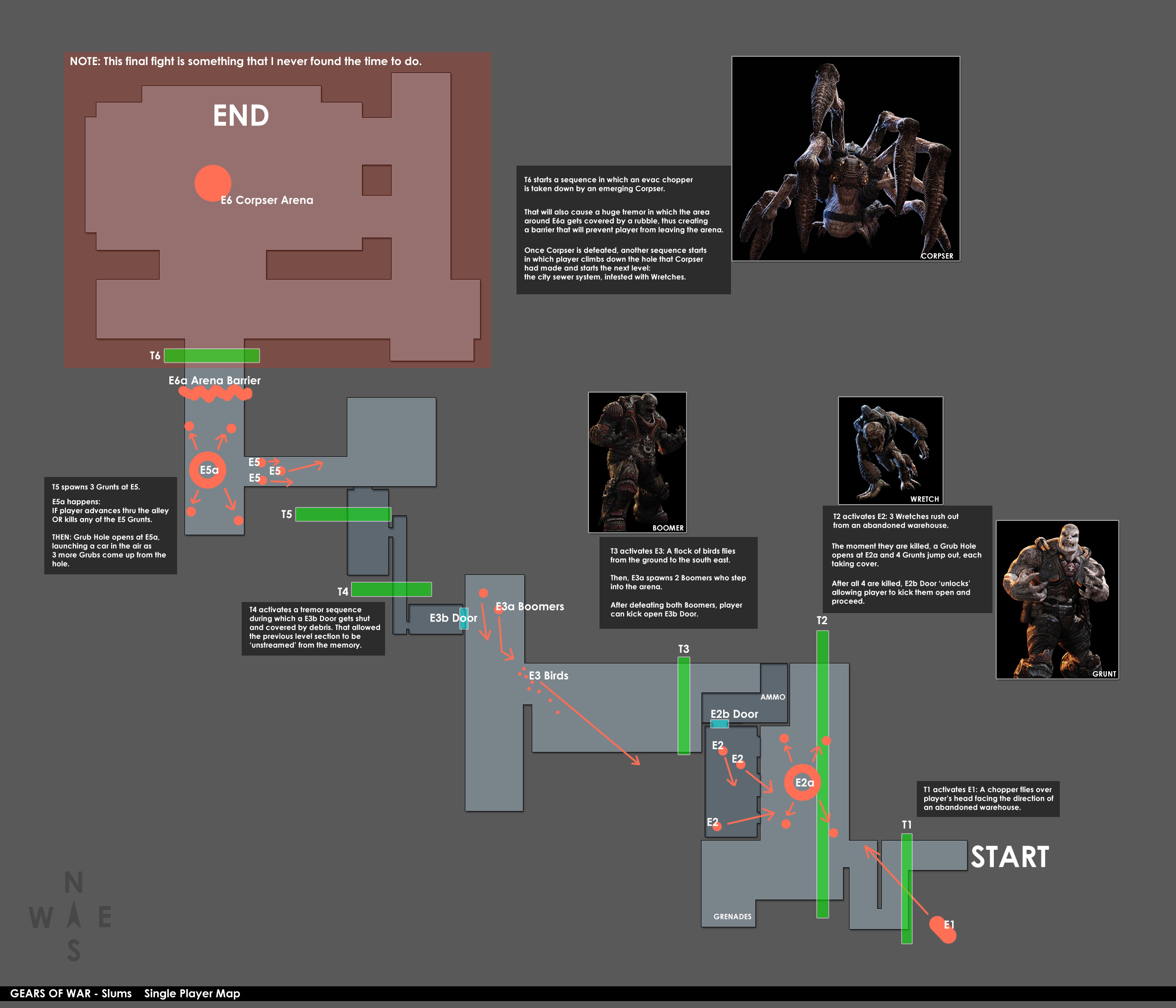 With the first encounter, idea was to lure the player inside the warehouse by using Wretches. That way, the 'grub hole' will open behind player's back. If player remains inside the warehouse, his odds will look good, at first. But that can soon change, because of enemy advancement and limited sightlines. If player decides to step out, it may prove risky at first, but will be rewarding later, because most cover allows excellent overview of the battlefield and ultimately allows the player to pin the enemies inside the warehouse.


In the second encounter, player is forced to retreat in front of the 2 Boomers. Since they are hard to kill, player will most likely retreat all the way to the warehouse or will find a way to dodge around the Boomers.


The third encounter is the most straightforward of them all. Located in an alley, the retreat space is very limited, forcing player to think fast and act even faster.


Lastly, the fourth encounter is something I haven't got the time to do. It would have been a 'Big Boss Arena' type of combat providing most flanking options of all encounters. Additional Wretches were planned to deploy, in order to ramp up the challenge and keep player busy as he/she is dodging the huge Corpser's attacks.